I’m not crying, you’re crying! Thank you Eric from Plain City, Ohio for sharing your rescue story with us. Nokia sounds like she was such a special doggo!

I was looking for a dog in July of 2000 to help protect the house because of my vehicle and many neighbors homes were being broken into. I saw an orange and cream Keeshond named Nokia and originally was going to get a Chow Chow they had at Franklin County Humane Society.

I’ve had a Keeshond when I was younger and know they are excellent watch dogs, but not really good guard dogs because they have a tendency to be very friendly. The lady that works for the shelter was telling me about Nokia and how quickly she learned several commands such as sit, stay, beg, roll over and so on. Then she proceeded to tell me that she didn’t have much longer, as her due date was up and next stay they get in she’ll be euthanized.

This poor girl started crying on me and telling me how special she really was and very loving. It was love at first sight for me as well and told her I will take her home with me. After paying the adoption fee and walking her to the car everyone worker came out to see her off waving in pure joy, brought back memories of the problem child movie when the troublesome orphan got a home to be honest. 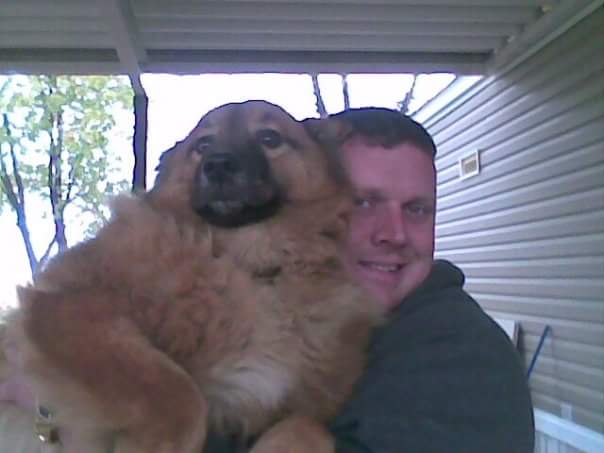 I made Nokia a promise that she’ll never see another cage as long as I live and she heald me to it, since the groomer said she wouldn’t let her put her in a kennel after she was done.

Nokia was a very special girl, she had alerted our neighbor with a strange bark and when they went to see what was going on with her, someone was about to steal the battery out of their car. She also let my mom know that something was wrong with my dad when we came to visit, she kept poking him in the stomach and turned out his blood sugar was dangerously low. She was never aggressive, but if she didn’t know you she would get in between us and not let you near me until I said it was okay. She definitely was someone that was irreplaceable in my life as I learned right before Christmas 2016 and still cry over her today.

I’ll never forget you Nokia and hope we can be together again.